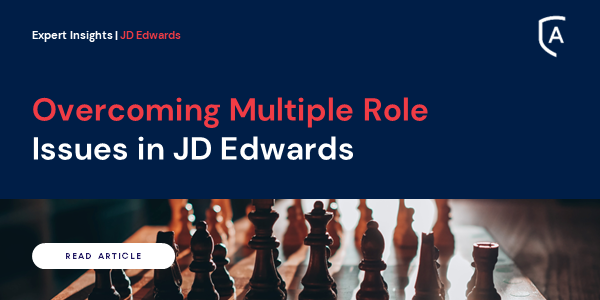 What are the considerations and potential problems that can arise when using multiple roles in Oracle’s JD Edwards (JDE) EnterpriseOne (E1) solution? What are the available solutions within native JDE and how can ALLOut's toolset highlight any multiple role issues and automatically resolve them using the ‘Fix/Merge’ process and/or Super-Roles (CombiRoles)?

The logic applied when verifying security authority for an object is to check the user, then the group/role and then *PUBLIC – taking the first record that is found – if no records are found then authority to an object is given.

When a user has two (or more) roles that have different security authority (e.g. update/view) to the same object – E1 needs a way of determining which role takes priority – it uses the ‘Role Sequencer’ to do this.

When a role is created it is assigned a unique role sequence number (F00926) that determines its priority versus other roles – this is only applicable in a multiple roles configuration.

It is almost impossible to prove that users have access to what you think they do – they have been assigned a set of roles but without significant analysis determining which security records are effective is difficult.

A Role Sequencer ‘Conflict’ can be defined as when an individual user has two (or more) roles, each containing different security and/or Menu Filtering authorities to the same object (and data item when considering Row Security). Example When a user signs on (with Role Chooser *Disabled [*ALL is therefore implicit] or with *ALL Roles and Role Chooser *Enabled) the Role Sequencer will resolve any ‘Conflicts’ that may arise.

Role Sequencer Conflicts often go unaddressed as they are difficult to diagnose using the standard toolset, without proper testing.

ALLOut advocates synchronizing Menu Filtering (FineCut) and security for individual roles – this serves several purposes and when it is not implemented can cause issues with using those roles in a multiple roles framework.

A ‘Super-Role’ is an ALLOut construct that works on a parent-child basis – it allows multiple ‘Child’ roles (or subroles) to be attached to a ‘Parent’ role (Super-Role or Role List). Each Child-Role is associated with a Super-Role in the same way as a standard role-to-user relationship (F95921). Super-Roles facilitate the following:

Roles within Roles – ALLOut recommends using small process-based roles (sub-roles), which contain both Security and Menu Filtering. These can be combined so that users with access to each process will only see the required menu options and have the correct authorities to the objects that are called.

Multiple Role Sequencer Conflict Resolution – ‘Yes’ records are written (by the ALLOut Fix/Merge process) to a parent Super-Role when conflicting records exist for multiple roles, attached to the same user. This therefore allows users to continue to do their job where sequencer conflicts would stop them.

There are practical limits to the number of Child-Roles that should be assigned to a Super-Role – this is due to the maintenance and performance overheads involved.

From an assignment, troubleshooting and reporting standpoint, the number of sub-roles that are applied to a Super-Role should be limited to a manageable amount.

This can result in a one-to-one user-to-Super-Role relationship which defeats the purpose of using Super-Roles and is the same as using job-based roles.

ALLOut supports Super-Roles with up to 750 child-roles but testing should be carried out to ensure that there are no performance issues. Employing a process-based roles strategy minimizes security maintenance – once a process is tested it very rarely changes. Therefore security management becomes more about role assignment – requesting and then assigning a process (e.g. AP Voucher Entry) to a user is much easier than establishing which program(s) to apply to a user/role and then testing the implications of making these changes.

ALLOut has several tools available to help design and implement a complete process-based roles strategy from Task View creation (including Menu Filtering) or E1 Pages, through to security (including both program and data types) and preventative Segregation of Duties. ALLOut supports reporting over Super-Roles – this includes both Segregation of Duties Reporting, Security Access Reporting and Audit Access Reporting 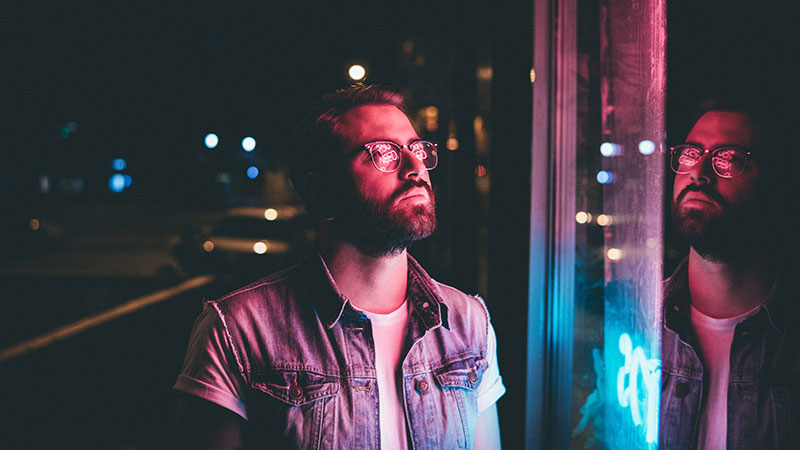 Save time, enhance risk visibility and be audit-ready with ALLOut Security for JD Edwards.

As the market-leading provider of security, audit & compliance software for JDE, we have a team of experts who just love to share their knowledge with the community and our customers. Whether you’re a CNC, security analyst, senior IT manager, internal auditor or CFO, you can access the insights and knowledge that are right for you!

We use cookies to give you the best online experience. By agreeing you accept the use of cookies in accordance with our cookie policy. You can always revoke your consent by clicking on the icon at the bottom left of the screen.

When you visit any web site, it may store or retrieve information on your browser, mostly in the form of cookies. Control your personal Cookie Services here.